Lether Law Group is happy to announce the addition of two new associate attorneys to the firm.  Welcome to the team Maria Hull and John Isaacson.

Maria attended the University of Texas, where she earned a degree in Social Work. After working as a social worker in the private and public sectors, she went back to school to pursue her Juris Doctor from South Texas College of Law . During law school, Maria earned her transactional law certificate, which propelled her into an in-house corporate role for an energy company in Houston.  After relocating to Seattle, Maria joined the Lether Law Group and is a member of the Board of Directors at a local nonprofit.  Maria spends her free time playing golf with her husband. 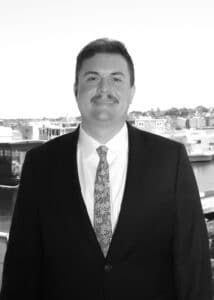 Born and raised in Phoenix, Arizona, John spent his undergrad years in the State of Texas before moving to Spokane, Washington to attend law school at Gonzaga. Although he initially planned to return to the heat and sunshine, he enjoyed his time in Washington far more than he expected to and feels lucky to be able to call it home for the foreseeable future. After law school, John worked with Pierce County’s Department of Assigned Counsel as a Public Defender before deciding to transition to the life of private practice. He enjoys fishing, painting, cooking, and admittedly more than a few Netflix shows.