On January 30, 2023, Division One of the Washington State Court of Appeals issued a published opinion further addressing covenant judgments in Washington. In Garza v. Perry, No. 83377-4-I, 2023 Wash. App. LEXIS 144, at *8 (Ct. App. Jan. 30, 2023), the Court of Appeals issued a decision primarily holding that an insurer cannot nullify a stipulated settlement based on mutual release language in the agreement because the insurer is not a party to the agreement.

The Garza case arose out of a motor vehicle accident. After failed negotiation attempts with the defendant’s insurer, the plaintiffs and defendant entered into a stipulated settlement with a covenant judgment in the amount of $2.5M and an assignment of rights against the defendant’s insurer. The settlement agreement contained a paragraph that stated the parties would mutually release each other including from the assignment of rights if the insurer provided written proof that it would fully indemnify defendant from any final judgment.  As required, the parties sent a copy of the settlement agreement to the insurer with an email offering to settle for $2.5M if paid within 10 business days.

The insurer did not agree to pay the $2.5M, but instead waived its limits and advised that it would indemnify the defendant for any judgment. Based on that letter, the insurer asserted that Plaintiffs’ and Defendant had therefore mutually released each other. The parties to the agreement disagreed and made a written addendum to their agreement to accurately reflect the actual meeting of the minds. Nevertheless, the insurer intervened and asserted that it had a valid settlement agreement with the parties.

The trial court rejected the argument and the Court of Appeals affirmed on appeal. The Court of Appeals noted that purpose of a covenant judgment is to protect the insured from the bad faith of an insurer. It does not form a contract with the insurer or for the insurer’s benefit. The Court also rejected the insurer’s argument because the agreement as a whole, including the written reformation, evidenced that the agreement was only between Plaintiffs and Defendants and also required that the intent was to only release the covenant judgment if the insurer agreed to pay the $2.5M.

The insurer also attempted to attack the trial court’s reasonableness determination on appeal based upon three arguments: 1) that the trial court had made oral statements regarding a lack of basis for the $2.5M amount at the reasonableness hearing; 2) that the Plaintiffs’ experts were not credible. and 3) that there was no substantial evidence supporting the conclusion that the agreement was not the product of collusion and fraud. All three arguments were rejected on appeal.

The second and third arguments were effectively rejected for the same reason. Specifically, they were rejected because the substantial evidence review standard for review of reasonableness hearings requires the appellate court to view the evidence in the light most favorable to the prevailing party.

The Garza case provides a two main takeaways for any insurer facing a covenant judgment. First, collateral attacks on the language of the covenant judgment settlement agreement are unlikely to prevail because an insurer is not a party to the agreement. Second, the standard of appellate review for reasonableness hearings is a difficult standard to overcome on appeal.

Lether Law Group has been successfully defending insurers against covenant judgments before the trial court and on appeal for more than 30 years. If you would like to discuss covenant judgment defense or any other matter, please do not hesitate to contact us.

Commercial Trucking and MCS-90 Issues in the COVID Age 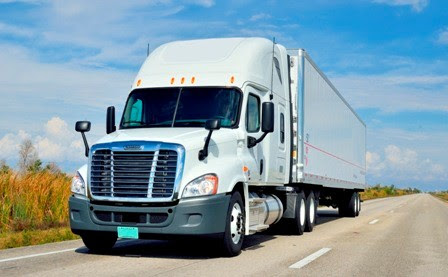 One of the effects of the COVID pandemic has been an increase in the use of commercial trucking as a primary means of transportation of goods and services throughout the United States. Internet retailers in particular have seen a tremendous surge in sales which have directly resulted in a heavy reliance on intrastate and interstate commerce. In addition, as America returns to work more and more vehicles are on the road. This includes both personal and commercial autos. As a result, auto insurers are beginning to see a significant increase in personal lines and commercial auto claims.

There are numerous coverage and claims handling issues implicated by these types of claims. One particular area of concern

In addition to state requirements, there is an express federal requirement for truckers who are delivering goods on an interstate basis. This requirement is a product of the Federal Motor Carrier Act of 1980.  49 U.S.C. §3119.  Pursuant to this statute, the Secretary of Transportation adopted 49 C.F.R. §387, which in turn created the requirement for any motor carrier operating in interstate commerce to carry an MCS-90 public liability endorsement.

For those attorneys and insurers who are not familiar with the MCS-90 endorsement, the general rule and purpose behind this federal requirement is to provide protection to the public for damage and injuries resulting from trucking accidents regardless of any coverage issues under the insured’s commercial auto policy. Consistent with the federal regulation, most truckers insured under commercial auto liability policies maintain an MCS-90 endorsement as part of their auto policy.

Generally, the MCS-90 endorsement requires insurers to provide indemnity coverage up to certain stated amounts, (typically $750,000 of mandatory coverage), even if there is no coverage available under the policy itself. This coverage is mandatory regardless of whether or not the policy provides coverage. For instance, one issue that arises frequently is the situation in which the insured was not operating an “insured auto” at the time of an accident.  Although there would be no coverage for that insured under the primary coverage part, the insurer may be obligated under the MCS-90 endorsement to indemnify the insured up to the minimum limit for any bodily injury or property damage suffered by third parties as a result of the accident.

Because of this requirement insurers are often times expected to pay significant sums on a liability claim even though the accident may involve a non-insured truck, a non-insured or unlisted driver, a lapse in coverage, etc.

There are number of issues involved with the MCS-90 endorsement.  For instance, the endorsement does not require the insurer provide a defense to an insured who otherwise does not have coverage. In addition, under the regulation, commercial auto insurers are entitled reimbursement from the insured of any amounts paid as a result of the application of MCS-90.

As a result, insurers are confronted with the question of whether they should provide a courtesy defense simply to control the indemnity exposure even though under the regulation itself there is no defense obligation. There is also always the question of whether or not it is worth pursuing a reimbursement action if in fact payments are issued under the regulation in the absence of coverage.

One other issue that arises in the analysis of whether and how to apply MCS-90 is the fact that certain courts have not yet ruled on whether it applies in trip-specific situations in which the accident occurs when the driver is not engaged in interstate commerce.  There is a split of authority amongst most jurisdictions and the issue has not been elevated to SCOTUS.  Canal Ins. Co. v. YMV Transp., Inc., 867 F. Supp. 2d 1099 (W.D. Wa. 2011).  As a result, it is not entirely clear under the law whether MSC-90 coverage would be triggered if, for instance, an accident occurs during a solely in-state delivery of goods.

Finally, there is also always a concern that a commercial trucking insurer may inappropriately deny coverage and not apply the requirements of MCS-90 to a particular claim. This can be particularly problematic in states that recognize extracontractual liability.

If you would like to discuss specific MCS-90 issues or issues involving state required liability filings for commercial trucking, please contact our offices.